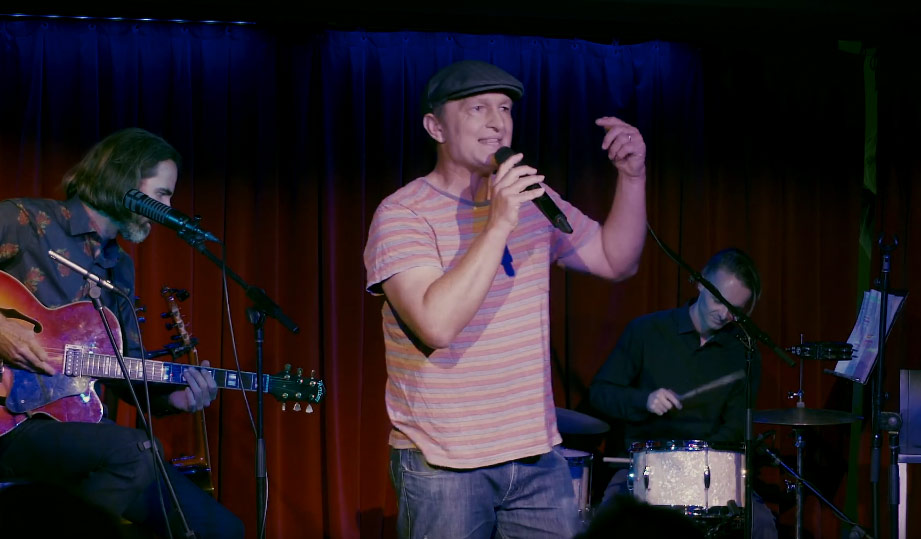 Because literally no one has asked to see it, here, by unpopular demand, is an exclusive video clip of my infamous debut as a rap artist at HoTA recently. By way of context, I was invited to take part in an experimental arts project called Songs in the Key of GC, by local musician Fletcher Babb, aka Cold Ghost. The concept was to get four Gold Coast writers to pen something about their relationship to the Gold Coast and then perform it live to Fletch’s improvised musical soundtrack. When I sit down to write a fairly stream of consciousness, autobiographical rave, it quite inexplicably came out as verse, and I was then left with the conundrum – how do I deliver this? Is it a sedate poetry reading? A more vigorous slam poem? Rap? I am still not entirely sure. We had one rehearsal prior to the night and the whole escapade was way outside my comfort zone. I have a vivid memory of waiting backstage as I was introduced, literally hyperventilating, thinking, what the hell have I got myself into? I could be at home watching TV. In those few moments I figured, I had no choice but to send it, as the young people say. Not sure what that weird tic is I have going with my hands – nervousness I suspect. And yet the audience seemed to enjoy themselves and I came off stage experiencing a strange high the like of which I hadn’t felt for many years.